The consortium led by Cedat85 won the first place in a tender for the automatic transcription and translation in the 24 languages in use of debates in the Euro-parliamentary chamber.

The winning solution is based on ASR (Automatic Speech Recognition) technology, patented by Cedat85 in 2008 and 2010, which already enables ‘digital democracy’ in more than 200 Italian city councils, five regional councils, as well as the State-Regions Department of the Prime Minister’s Office and the Italian Chamber of Deputies. The system has a high level of accuracy of 97%, it is intelligent and self-learning thanks to user feedback. The aim of the project is to make on-screen debates accessible to all members of the European Parliament, including those with hearing impediments who previously had no direct access.

Open to all international suppliers, the selection process lasted almost a year and evaluated the quality of the proposed IT solution, project management, live demonstrations, technical support, and cost.

‘We love challenges, and we know that our technology is up to such ambitious projects.‘ comments Enrico Giannotti, CEO of Cedat85. ‘Being selected as the most suitable candidate, together with two other important players such as Bertin IT and RWS (formerly known as SDL), fills us with pride and is a sign of recognition for our more than thirty years of experience, which provides services and solutions based on automatic voice recognition technologies and now, thanks to the collaboration with the other players in the consortium, also translation.‘ 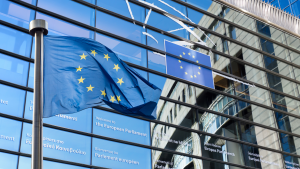